Clash of Clans is stuck at the loading splash screen today for thousands of Android and iOS gamers. Earlier today we touched on this problem and reached out to Supercell in regard to a fix, although since that article we saw a second short maintenance break take place that seemed to be for the restarting problems.

The official word on the second downtime was “to increase server capacity”, although it’s strange to see two outages within a few hours of each other. It’s even more strange just after hearing about Clash of Clans getting stuck on the loading screen for Android devices, and the app restarting by itself in some type of loading loop.

One Product Reviews user mentioned, “I tried to play Clash of Clans earlier today, but it kept restarting after crashing. I noticed another maintenance break took place a few hours later, but CoC still keeps loading over and over with no progress on the splash screen”. You can see a screenshot below this article, which is exactly the loading screen people are seeing today before the game restarts. 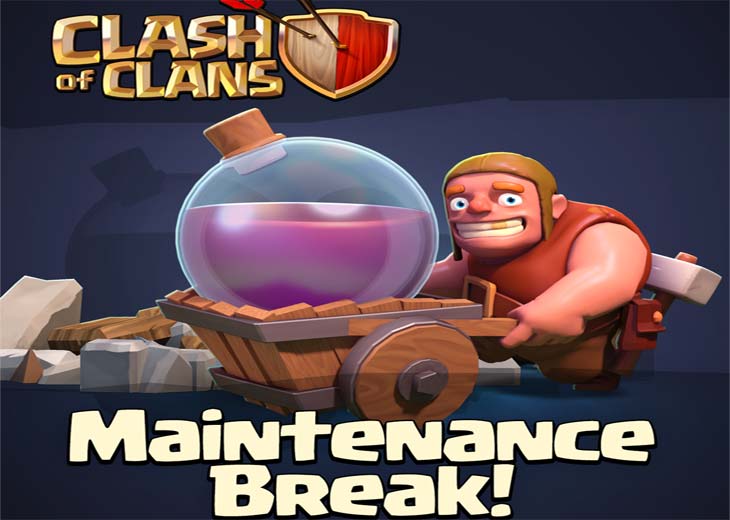 Another one of our readers said they managed to fix the Clash of Clans loading problem themselves. This is what they said, “I had the same problem with the app keep restarting after it launched. I fixed it by turning my Samsung Galaxy S5 phone to Airplane Mode, connecting to WiFi and relaunch the app. When it loaded the files, the issue was fixed”.

It’s been 3 hours seen the official Twitter channel said, “We’re back” for the second time. Reactions to this tweet include many users talking about the restarting issues, with one saying “my CoC still just says downloading content and refreshing”. Another saying, “cannot restart app, it just keep looping through the splash screen and startup music”.

Have you seen things improve since the apparent fix after a second maintenance break, or does Clash of Clans still have a loading screen problem for you?