Now that Supercell has revealed Sneak Peek 9 of the Town Hall 11 update to be extra defenses in Clash of Clans, players are now looking ahead to what is next to be revealed for the two week TH11 preview before the big Clash of Clans December update.

To recap, we learned in the last sneak peek that Town Hall 11 will unlock additional defenses such as Wizard Tower, Cannon, X-Bow and Archer Tower for players.

For those that missed that, we have added the latest video preview discussing these features in detail along with some gameplay that you’ll find useful before waiting for the next update to drop. 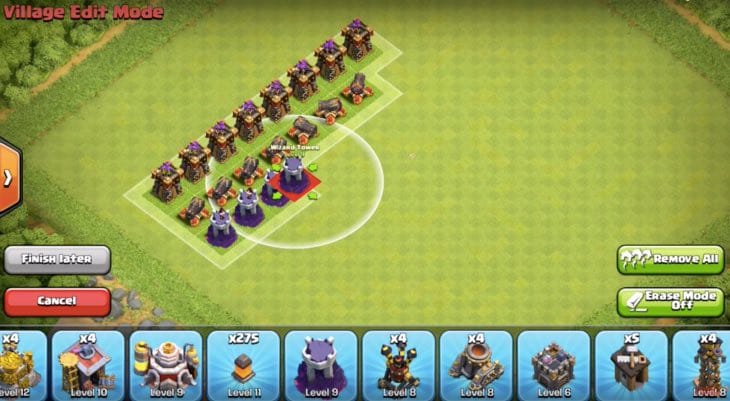 As for CoC Sneak Peek 10, what are you hoping to see next? Supercell has done a great job in providing a new tease every single day so we are fully expecting them to release another one later on Wednesday morning, European time.

Once the information is available, we will update this for you with the details. Recap Sneak Peek 9 below on the extra defenses and let us know your expectations of the TH11 update so far – not long to go now!