We can feel the excitement in the air for many Clash of Clans players today. A new Clash of Clans maintenance break for August 28 has just started, with the servers going down to the surprise of the community.

As always, many players are wondering if this has anything to do with future Clash of Clans September 2015 updates, or if Supercell are planning a surprise 1 Gem Boost for the weekend.

Obviously we hope it is the latter, but it looks like Supercell are only planning to issue internal server improvements rather than implement new features. 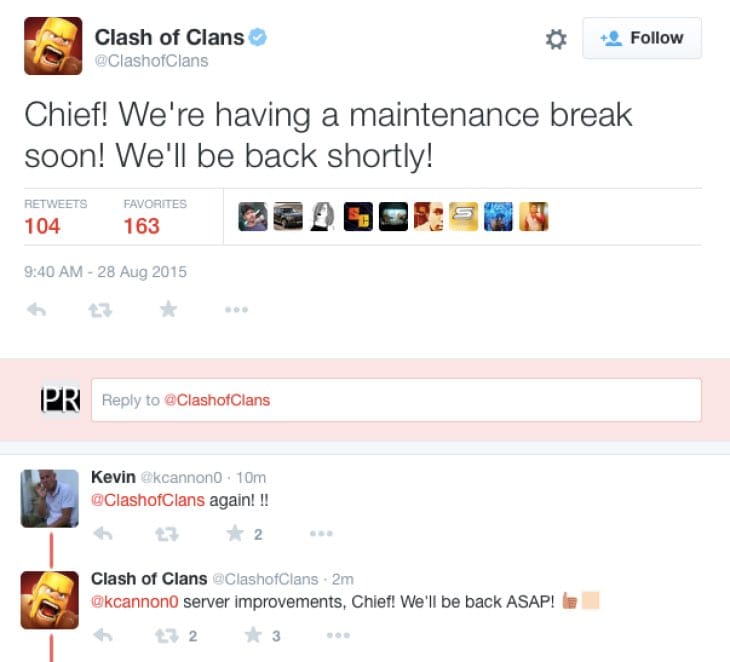 You can see Supercell reply to a user just minutes ago with that evidence, so the likelihood of a new Clash of Clans 1 Gem Boost update is slim this time around.

However these server improvements may well provide the groundwork for a further content update early next month as there’s always a good reason for Supercell taking the game down unexpectedly.

Are you excited about new features coming to Clash of Clans in September? Let us know if your game is down at the moment for maintenance and what you personally want to see next month.