Halloween might be over, but the fun continues all weekend in certain games and this includes Clash of Clans. One scary attack looking at the best troops strategy during Halloween weekend has been featured within a video, which even reached the attention of the official Clash of Clans Twitter account with a retweet.

This spooky Halloween special by MasterOv will entice some Product Reviews readers right away, especially if you are a massive Clash of Clans fan and know this YouTube user well that has over 260,000 followers. They mainly focus on tips, tricks, and strategy for attack and defence in both Clash of Clans and Boom Beach. 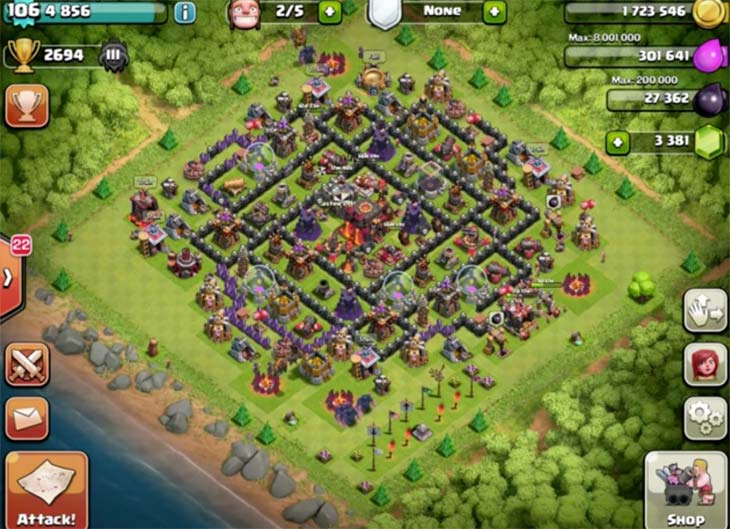 If you haven’t played Clash of Clans yet, or are new to the troops strategy, then this video will be insightful and even more so if you want a good attack strategy this weekend. Within the mobile game you will raise an army of Dragons, War Wizards, Barbarians, and other fighters.

You can see the retweet below by the official Twitter account for Clash Of Clans. This alone reveals the video has to be worth a watch, if it gains a seal of approval from those behind the game.

What’s your Halloween weekend attack, Chief? Feel free to share your best scary attack and troops strategy this weekend, so take a look at the gameplay video below and then leave a comment.

It’s also worth mentioning a few reports we have had this weekend in regard to Clash of Clans matchmaking problems. One commenter had this to say, “we need a fix for the matchmaking in Clan Wars, it’s really not matching fair”. Leave your thoughts on this below, especially if you’ve seen some strange matchmaking occur.