We are pleased to say that we are now just around the corner from the Clash of Clans October update from coming out! The sneak peeks are finished and now all is left is for Supercell to step up and give everyone the release time after the CoC maintenance break this week.

Fans had been expecting the new CoC update today but given that it didn’t arrive in the morning, European time when Supercell usually release – it’s unlikely to happen now but we tend to see updates around 11am-12pm UK time.

Remember though, we’ve seen new update deployed on Wednesdays and Thursdays too so there’s a good chance we could be within 48 hours of the update going live. 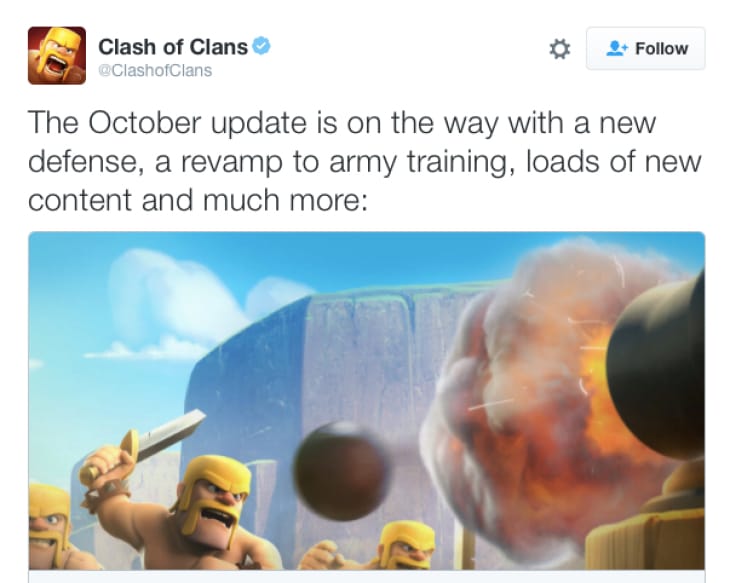 The best way to track when the next Clash of Clans update for October is out, is by following Clash of Clans on Twitter. They’ll inform everyone about the maintenance break incoming and then the update being available shortly after that.

New content this month will include the Bomb Tower at Town Hall 8, new troop levels for the Dragon, Baby Dragon, Wizard, new Defense levels and much more.

Are you excited about the countdown to this update? Let us know which aspect of the update you are looking forward to the most!