We can see that Clash of Clans is down at the moment for maintenance. Supercell is now preparing to bring new content to the game with the first Clash of Clans November 2015 update, so we wanted to see what fans are most excited about.

To remind you, we will soon get Town Hall 11 and also a new hero in Clash of Clans once the first update is live.

The Clash of Clans maintenance break on November 4 won’t deliver the updates just yet though as remember that we still need to have the TH 11 Sneak Peek teases before a new content update. 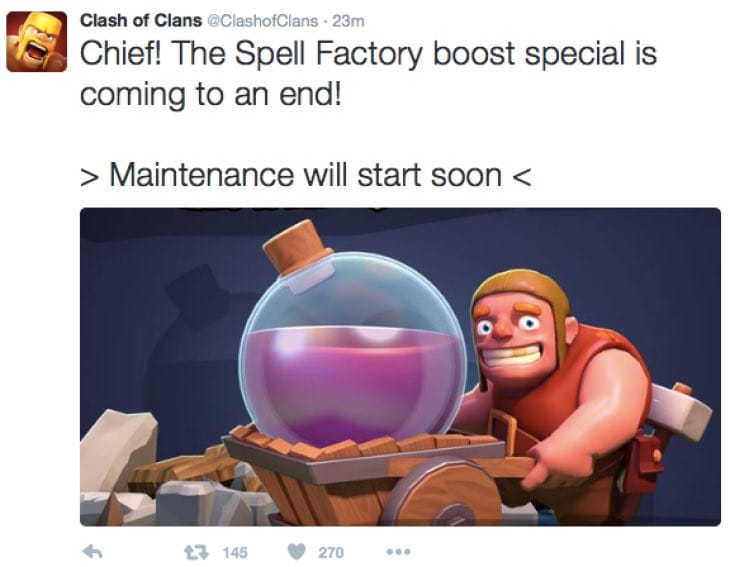 Supercell has already given players a heads-up on this by saying that the CoC maintenance today is just to remove a 1 Gem Boost Spell Factories upgrade from the game and nothing more.

Everybody wants to see the Sneak Peeks for the November update, but it looks like some players were right in predicting that they won’t start until next week.

Are you excited about the arrival of Town Hall 11 and the new Hero coming to the game soon? Do you believe the general assumption from the community that the new Hero is going to be a master wizard?