There’s loads of problems being reported with Clash of Clans after the new update today, Sept 17. It seems the majority of players are complaining about CoC not working after installing the new update, or even when trying to download and install the changes due to crashing.

Since the moment we saw maintenance start and the update notes appear, there’s been issues reported with trying to install the Clash of Clans update on Android devices, iOS, and Kindle Fire. 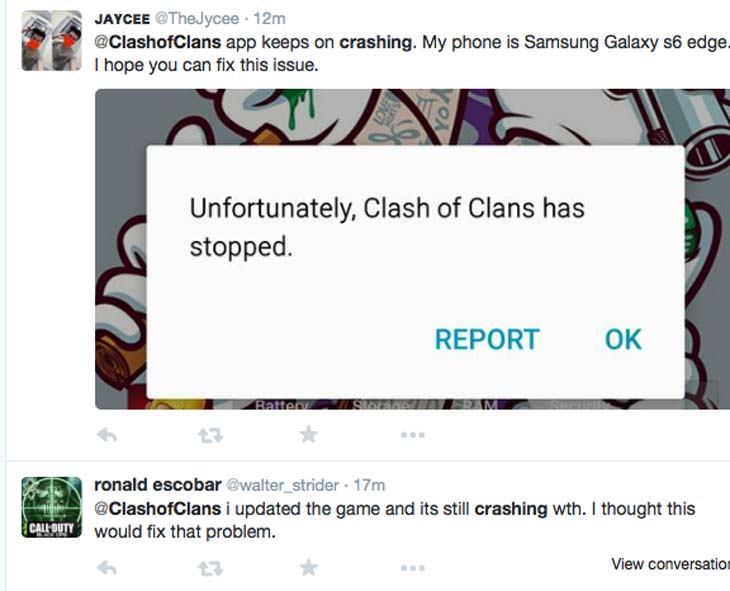 It seems common problems have included the app not being able to open, a crash taking place after the install, or even issues with Clash of Clans not being able to update. Some of the complaints can be seen below that are featured in tweets, but there’s hundreds more and they seem to be growing by the minute.

Is Clash of Clans not working for you after the new update on 17/9/2015? If so, what problems are you facing right now. Leave details below on any issues you currently have before or after the update today. If we receive an official statement from the developers, then this article will be updated with that information.