We can see that there are some issues with Clash of Clans at the moment, which are specifically affecting iPad and iPhone versions. We’ve seen many complaints from users who say that they cannot load Clash of Clans when switching to a secondary account.

This is a very useful aspect of the game for those that love to play around with different tactics, but for some reason it looks like Clash of Clans account switching is not working on iPhone and iPad at the moment.

The issue has been confirmed by Supercell, who initially tried to fix the problem with a Clash of Clans maintenance break today – but ultimately failed in their efforts. 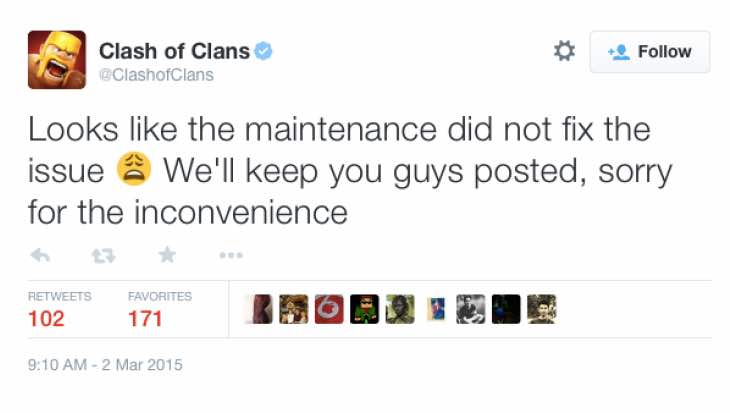 As a result, you may still run into problems if you try to switch accounts on Clash of Clans today. Rest assured though, Supercell are still trying to find the root of the issue so hopefully it will be fixed up later on Monday.

Is this something which is affecting you at the moment? Let us know what is happening with your game at the moment – Is Clash of Clans not loading secondary accounts for you as well?