Attention all Clash of Clans players now. We have just told you about the new Clash Royale update today, but Supercell also has some good news for CoC players with confirmation of the Clash of Clans May 2016 update which has now been previewed.

We can now bring you the initial CoC May 2016 update notes as Supercell has teased that it is going to be a balance update with the theme being time.

For example, the developer is going to be offering 2x faster brewing for all spells, 2x fast training for the dragon, witch and wall breaker while there’s ‘hugely reduced’ hero regeneration times as well. 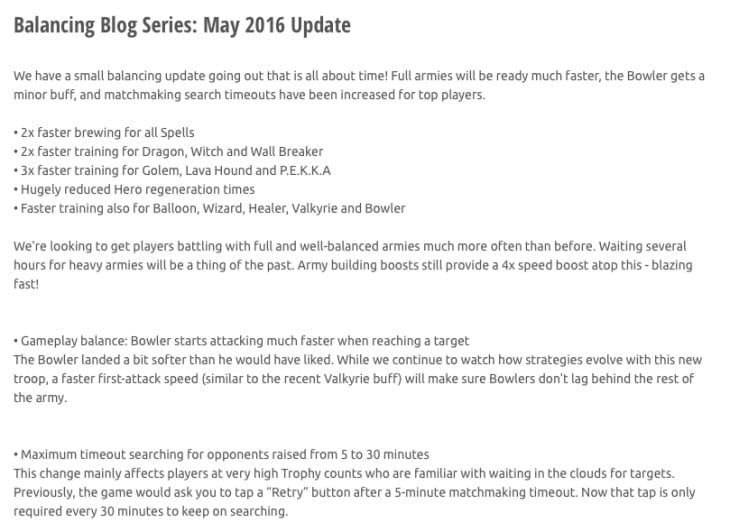 You can see the list of changes in the Clash of Clans update above to get a better idea of what is coming.

When is the Clash of Clans May 2016 update out? Supercell are not saying when yet, but we’re guessing it has to be soon since the notes are pretty substantial and we haven’t had a new update for a while.

Judging by the feedback seen on the official forums, it lookalike this update could be one to restore some positivity back to the game after recent updates left a sour taste on the community.

Looking through the updates, are you very happy with the changes coming? We’ll let you know when the Clash of Clans maintenance break starts for the May update!