We have a quick heads-up for those that are wondering why Clash of Clans is down for a maintenance break on September 22 today.

Supercell has let everyone know that Clash of Clans is down for 22/09/15 due to server improvements only. You can see that from the official Tweet left on their page moments ago: 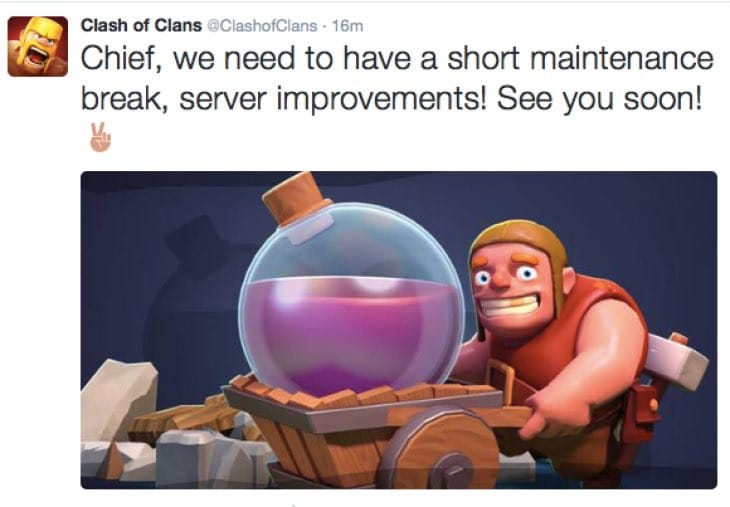 Considering that we have just had a massive September update, we doubt anyone will be too frustrated with the developers improving their servers as opposed to adding new features.

Hopefully Clash of Clans will be back up soon and you’ll be able to resume duty as normal. Spread the word and let us know what you would like to see in terms of in-game improvements for the next update.

Update: Clash of Clans is down again on September 23 for another maintenance break. This time, Supercell are saying it is ‘unexpected’ and expect Clash of Clans to be back up as soon as possible today. Stay tuned for the latest updates on this.