Clash of Clans is down for maintenance on April 1, 2016 and no it is not an April Fool’s Day. We can also confirm that it isn’t for a new CoC update either, but rather something that Supercell needs to do on their side.

We know that many of you appreciate keeping updated at all times when it comes to maintenance so we have the notes from Supercell on why Clash of Clans is down right now.

As you can see from the Tweet sent out minutes ago, Supercell needs to replace one of their databases. It sounds like a big job, but the developer insists that the maintenance break will only be a short one. 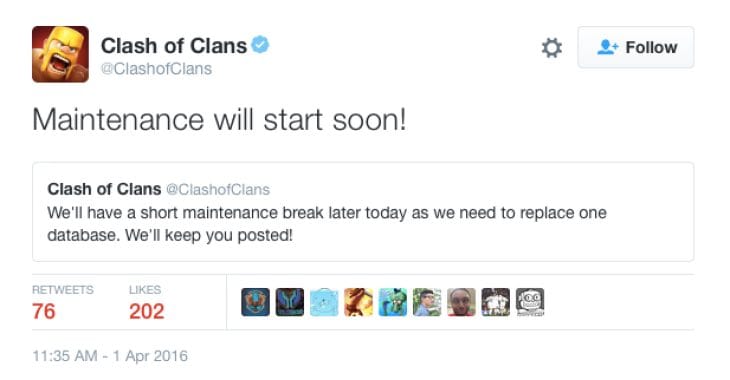 Hopefully this will be the case as we know many of you will want to get back in the action as soon as possible.

Is Clash of Clans down for you right now? Don’t forget that you can leave your feature requests here in time for the next major update which should happen towards the end of April.