Everyone wants to know when is the Clash of Clans April 2017 update coming out. Before that though, we can see that Supercell are teasing players with a new event that is now live in the game.

This is the CoC Jump spell event, with players now able to brew spells with a 90% discount until further notice.

This could be the last mini event for the game to keep players busy until Supercell then proceed with unleashing the first April 2017 update sneak peek for Clash of Clans which we all know is coming soon. 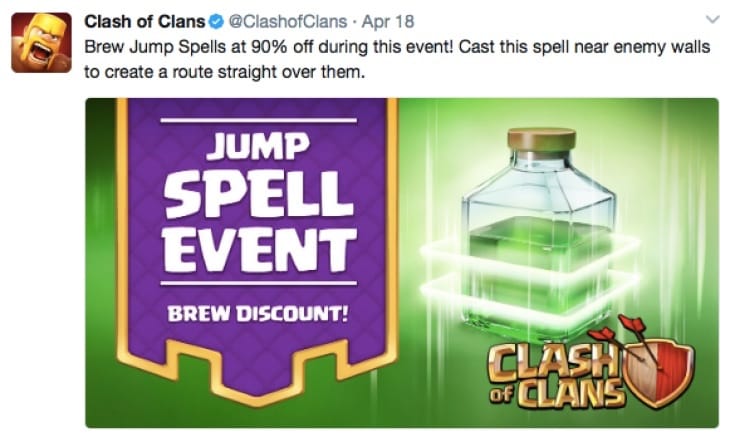 Are you getting bored waiting for the update to arrive after a period of silence? Let us know your best tactics for the Jump spell to help newer players make the most of this spell.