It looks like this week may be the moment when Supercell will finally drop the Clash of Clans July 2015 release time. Gamers are asking when will the new Clash of Clans update be out, hours after Supercell revealed a new CoC Dark Spell in the game called Poison.

We can see that gamers are also hoping that this new Clash of Clans update brings Town Hall 11, but so far there hasn’t been any solid leaks or info to back this up.

What we do know however, is that the Clash of Clans July 2015 update will include a Poison Spell, new Legend League tournament, Level 5 Dragons, Spell queues and much more.

In the meantime, we have a great Clash of Clans update sneak peak for you to enjoy before the update goes live, courtesy of YouTuber Galadon. 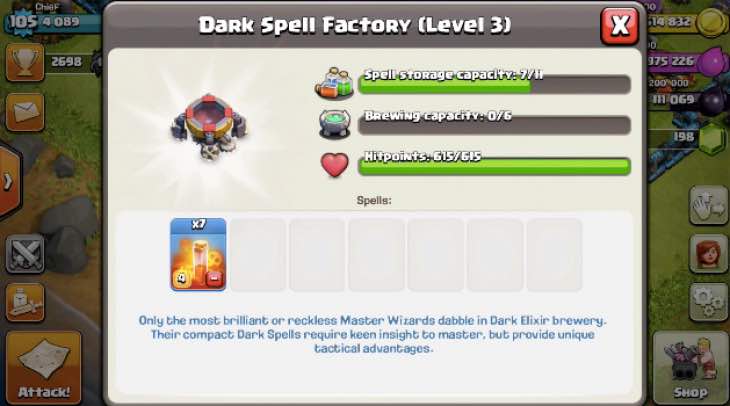 He has given fans a great 7 minute overview of the new Clash of Clans features. Watch that and let us know how excited you are about the update.

Lastly, everyone is asking what day will be update will be out. Supercell hasn’t said when officially, but speculation suggests that the Clash of Clans update will be on Tuesday June 30, or if not one day later with a CoC update on July 1 2015!

Let’s wait and see to find out which one of those dates is correct. Give us your expectations on the update below.

Update: Supercell has now revealed the latest sneak peek 5 for the upcoming update. It’s a brand new Haste spell which you can see gameplay of here.

Update 2: The update is now live! Here are the full patch notes so you can check what is new – lots of changes aside from the three new dark spells.