After a very long period of teasing and waiting, the Clash of Clans July 1 update is here! We have been keeping you updated with all of the sneak peeks but now we’re happy to bring you the full Clash of Clans update notes for July 1.

As most of you should know already, this update is going to add three new dark spells to the game with Poison, Earthquake and Haste making up the new CoC Dark Spell Factory.

In addition to that though, Supercell are also introducing new leagues and the new legend league tournament to Clash of Clans. 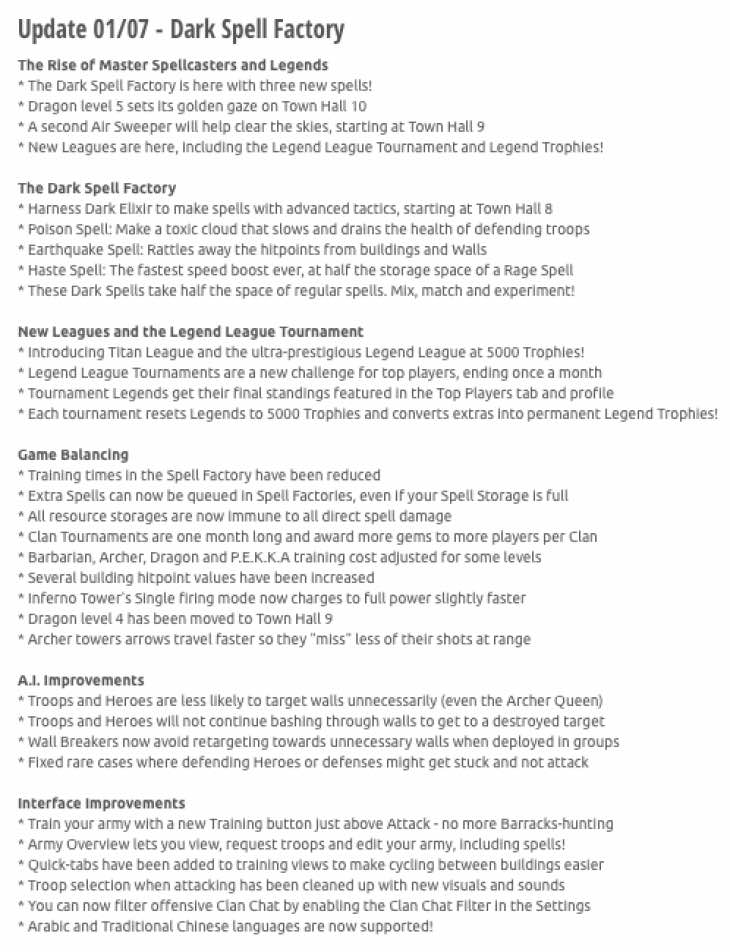 We added the official Clash of Clans July 1 patch notes above for you to read through – there’s a lot so take your time to see what is new in CoC today.

We notice that training times in the spell factory have been reduced which is good, while quick-tabs have also been added to views when training to make it easier when cycling between buildings.

It looks like a fantastic update on the whole. Clash of Clans will be down soon for maintanance on July 1 to prepare for the update going live – let us know once you have installed and what you think of all the changes.