Now that the Christmas festivities are out of the way, developers Supercell will be back to work now and focusing on the highly anticipated Clash of Clans January 2015 update.

The big question is though, what are they planning to add to the game next and more importantly – what could Supercell add to the game to make it even better than it is now?

At the moment, there is a 1 gem boost that is currently active in the game, but it will be soon coming to an end with a Clash of Clans maintenance break on Wednesday January 7 – as confirmed by the latest Tweet from the developer below. 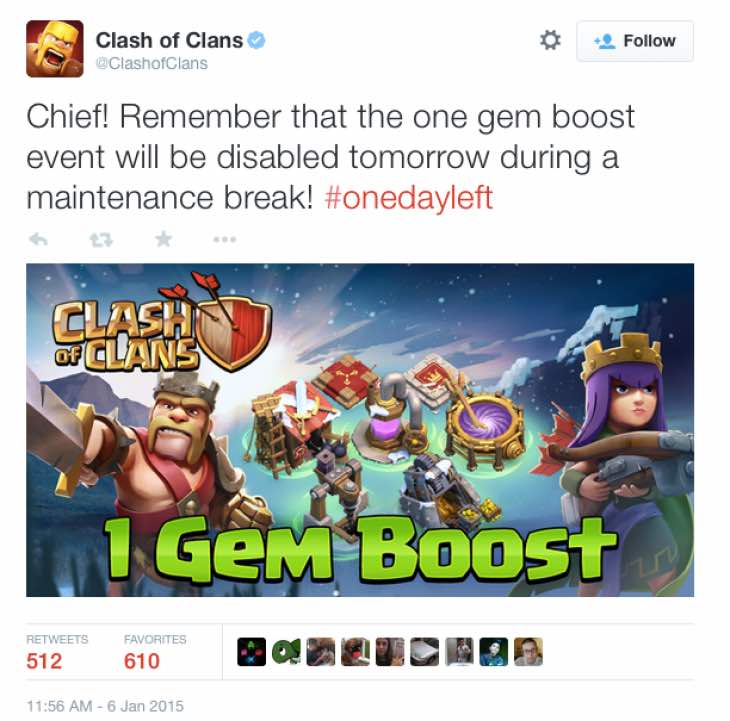 After that though, we should be seeing the next Clash of Clans update very soon. If we were to think of the most requested feature to add, it would probably be a Clash of Clans Town Hall 11 update.

Everyone has been waiting for this to happen and what better way for Supercell to deliver something really exciting with a Town Hall 11 Clash of Clans release in celebration of a new year.

Potential aspects of this feature could include more walls to the map between 25-50, more hero levels to each character but even better, a brand new hero introduced with Town Hall 11 which would be fantastic.

We’ve added a great video below which showcases some of the best ideas for Supercell to consider, in preparation for the inevitable Town Hall 11 update for the game.

Take a look and let us know what you would personally love to see with the Clash of Clans January 2015 update features. Are you still addicted to the game and play daily, or are you starting to get a little bored?