We noticed that there had been a rumor going around, which circulated on the Clash of Clans forums and claiming that Clash of Clans is closing down on February 29 2016.

We can confirm however that it is completely fake. Clash of Clans is not shutting down on February 29 as it has now been confirmed that rumor was designed as an elaborate hoax.

You can see the image in question below, which made a lot of players confused as you can imagine. The perpetrator even went to the lengths of impersonating forum moderator Anoushka. 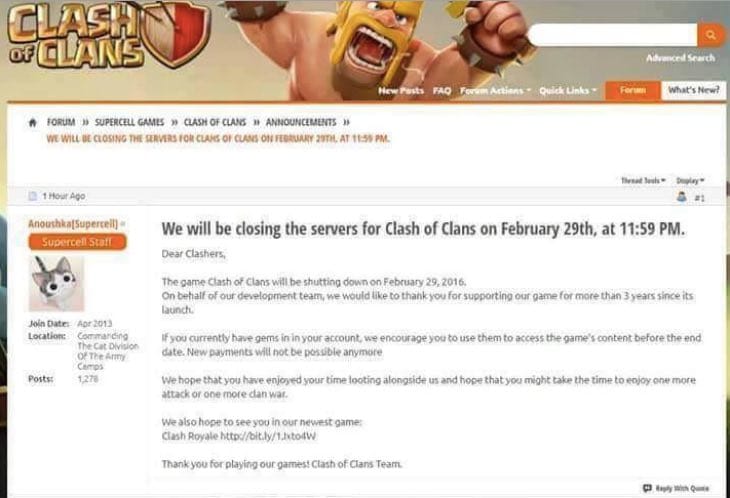 It turns out though that some people just have too much time on their hands and Supercell has no intention of ending Clash of Clans any time soon.

It’s worth pointing out that we are in the middle of Sneak Peek teases for the Clash of Clans Treasury, Star Bonus and Loot Cart update so why would the game stop?

Let us know if you saw this forum post and what your initial reaction to it was.