The Clash of Clans Summer 2015 update Sneak Peek five has just gone live! Many of you had predicted it already when Earthquake was announced and we can confirm that it is going to be the Haste Spell in Clash of Clans.

Supercell has just given fans a preview of the spell, which will be coming in the CoC July 2015 update which could just be hours away if it goes live on Wednesday July 1.

More importantly, we have the first Haste Spell gameplay in CoC to share with you, thanks to YouTuber PlayClashofClans who Supercell has referred fans to for the Sneak Peek. 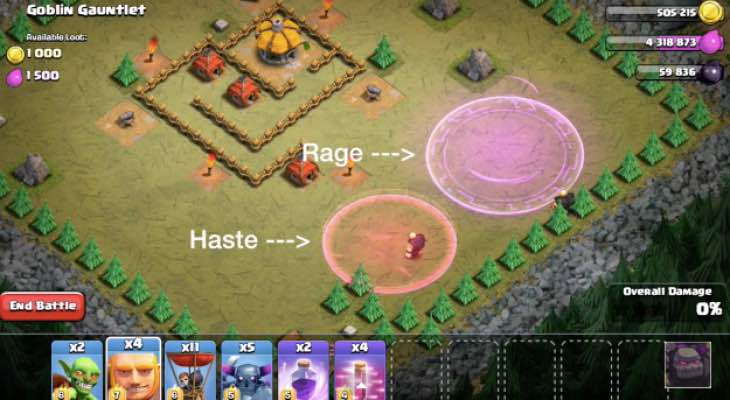 Haste is going to be the third new dark spell in Clash of Clans after Poison and Earthquake, with haste giving you the ability to speed up your troops in action.

More information is coming soon on this brand new spell as we get it, but for now check out the gameplay which has just gone live minutes ago and give us your reaction.

How many of you predicted Haste would be coming to Clash of Clans?