The Clash of Clans Halloween update has finally been confirmed for this month. Following the event last year, most of the fans expect more themed content in 2014 and it’s coming after a simple tweet on the official account.

You can see the image below that came attached to a tweet stating, “And you know what that means”. The Clash of Clans picture simply mentions, “Halloween is coming”. 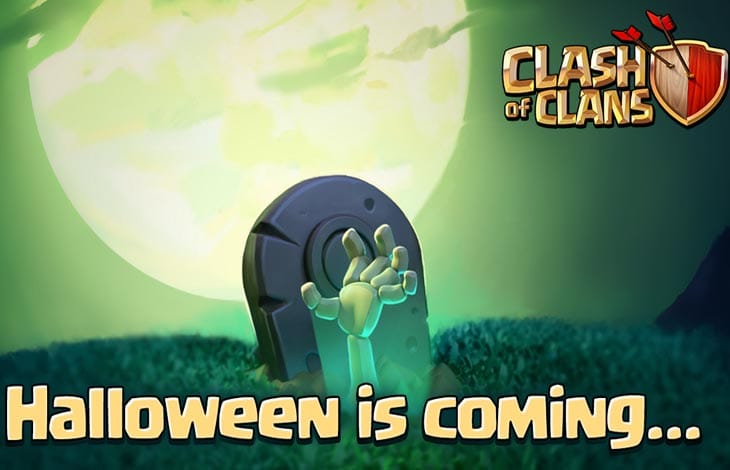 Now the focus has turned to how any Clash of Clans Halloween update should arrive, and with what new features when it releases towards the end of October 2014. Some Twitter users have even started debating what the above image means, could it be referencing something?

After mentioning the expected Halloween update a few days ago, it’s clear some people aren’t happy with the changes since the September update. We’ve seen complaints in regard to economy, especially with the “lack of loot”.

How would you like to see the 2014 Clash of Clans Halloween update implemented? Also, do you agree with those complaining about loot problems since the last update?