So far, Supercell has not announced when the Clash of Clans Halloween event starts for 2017 but we know that it is usually one week before Halloween if we are going on previous year trends.

To recap your memories for the 2016 event, Supercell introduced Boost Spell brewing for 1 GEM, along with the ability to conjure up cheaper and faster training for Skeleton Spells, Balloons, Wall Breakers and Witches. 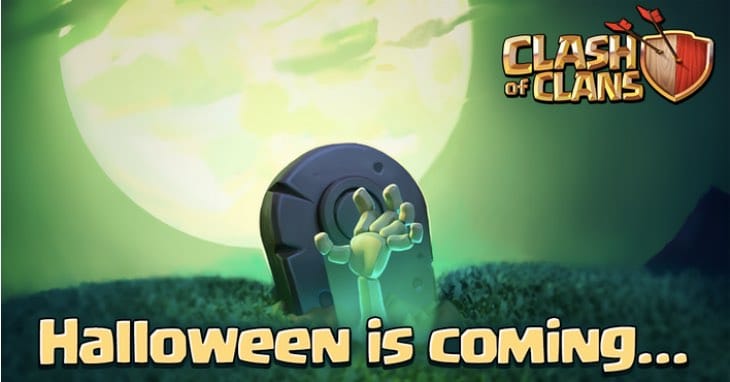 It is guaranteed that there will be another CoC Halloween event for 2017, but we will have to wait and see how big it will be as it seems that it is not deemed a ‘major’ update anymore compared to previous years.

October 24 is a good date to mark in your calendars, with updates usually arriving on a Tuesday so this is our predicted release for this year’s event. The release time would be in the morning European time, from 10am to 2pm UK time is when we always see new updates available.

There has been plenty of fantastic ideas for what Supercell could bring for Halloween this year, including this concept art by Chief EnderAgent showing how a Giant Skeleton Halloween Troop could look in the game – would you like to see this?

As we count down to the event, let us know your list of features for Halloween and we will update you once Supercell releases some official news!