Get your troops ready as Supercell has just sprung a lovely surprise. The Clash of Clans Halloween 2015 update is coming today on October 22 after a surprise maintenance message from the team.

Supercell has just told players on Twitter to prepare for a new Clash of Clans update today and have teased that ‘Halloween is coming’.

The reason that this is a surprise, is due to the fact that we have not had any Sneak Peek teases this time around – this has been a sudden thing from the developers. 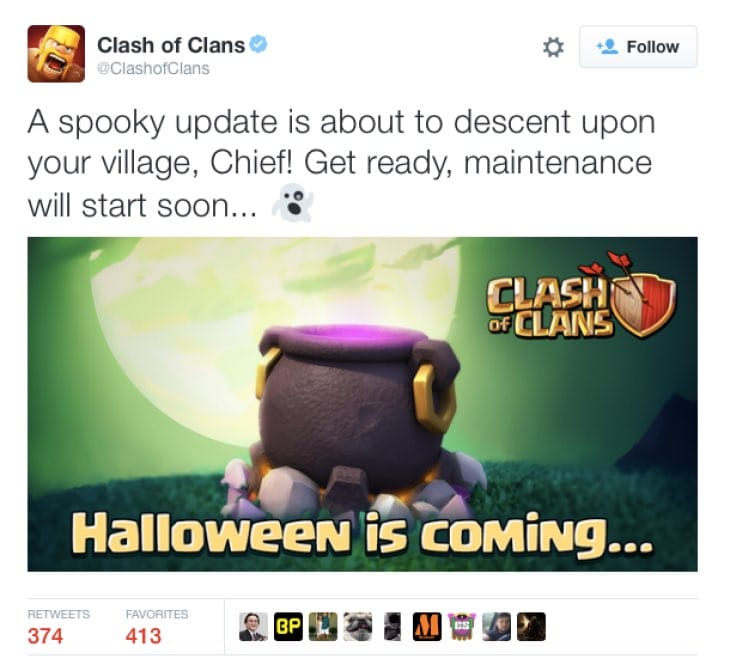 Fans are now speculating on whether this means that Clash of Clashs Town Hall 11 is coming, or some other new treats that we haven’t seen before.

Either way, Clash of Clans will be down for maintenance and after that the Halloween update will be live. Leave your last minute expectations below and we’ll update this with the Clash of Clans update notes for Oct 22 as soon as they are live.