The moment has finally arrived for Clash of Clans players, as Supercell has now revealed the CoC new Hero update to be a Grand Warden.

He looks amazing and although some may not be happy about not getting the master wizard as predicted, most should still be satisfied after taking a look at what the Grand Warden can do.

As expected, he is only available after Town Hall 11 and you can only upgrade him to max level 20 using elixirs. 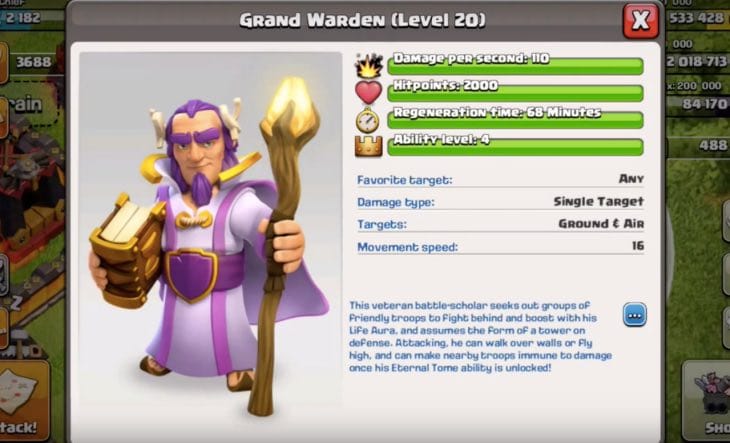 He has has amazing abilities to use as well, one of which is called Eternal Tome which can actually make troops within his aura circle invulnerable including himself.

That same aura can also provide HP boosts for troops, opening the game up to some very nice strategies given that troops can stay alive longer than usual with the Grand Warden in town.

Watch the two gameplay clips that we have added below and give us your reaction to the new hero. Are you happy with the Grand Warden overall, or were you expecting something else?