That means that the Clash of Clans servers may be having issues, or Supercell has discovered a bug that needs fixing through the night.

Then again, it is uncommon for the game to go down in the middle of the night European time so it will be interesting to see what the cause is. 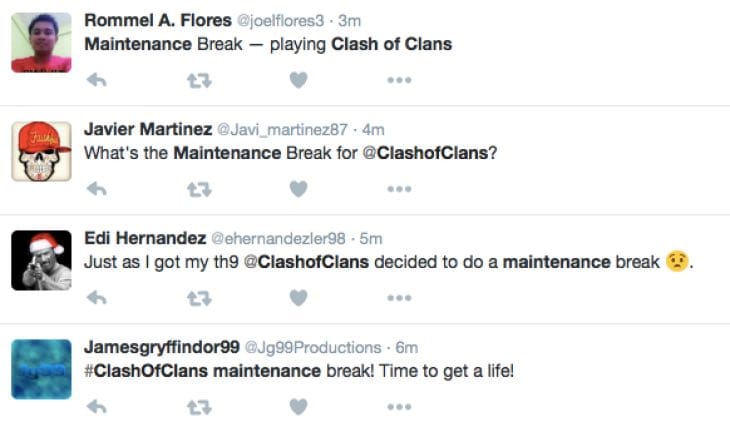 Confirmation of Clash of Clans being down right now in US, UK and other parts of the world can be seen in the live feedback above from Twitter.

There still has been no update from the official CoC Twitter page on the maintenance at the time of writing, but we’ll keep you updated.

Is your game down at the moment or can you still sign in to Clash of Clans without any issues? Give us your status below and we’ll try to find out the cause.