We know that many of you are patiently waiting for the highly anticipated Clash of Clans: Clan Wars update. We told you that this may come towards the end of April, but since then we have had some new information from the developers – it’s good news.

A statement from the Clash of Clans team reads:

“If all goes as planned, the update will come this week. Please note that it also depends on Apple, so that’s why I don’t have a specific date for you yet.”

As you can see there, the Clash of Clans update for iPhone is mentioned only, but don’t worry as we have information for Android users as well. 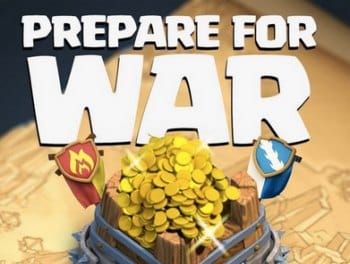 We’ve also picked out a further comment from the developers regarding the Clash of Clans Android update:

“The update will be available for iOS and Android at the same time. We’re now making final preparations, so if all goes well, it’s not more than a few days away!”

It’s great to hear a confirmation that the update will be available on both platforms at the same time. We don’t see this very often any more with many developers favoring iOS development – so well done to the developers.

Are you waiting for the Clash of Clans: Clan Wars update on Android and iOS? Get in touch with us below on what day you think the update will happen – perhaps in time for the weekend?