Now that we have had the Clash of Clans: Clan Wars details, the release date is being requested from those mobile gamers dying to download this update for Android and iOS (iPad/iPhone). Today, we wanted to clear up the launch of this expansion for Clash of Clans and give something a little more solid, rather than the so-called Coming Soon statement being left officially.

While any date is subject to change, we are led to believe that Clash of Clans: Clan Wars has a release date of April 22nd. This is when the next update will land for the game, and of course along with Clan Wars on both the App Store and Google Play.

The shift in gaming on consoles and mobile platforms – gaming communities are moving swiftly from normal multiplayer to groups of players battling it out online against other large groups, which is something we’ve seen on PCs for a long time. We have seen this with Forge of Empires releasing Guild vs. Guild a few weeks ago, Grand Theft Auto V fully supporting Crews with bigger limits, and of course many other games including those on iPad like Clash of Clans with Clan Wars. 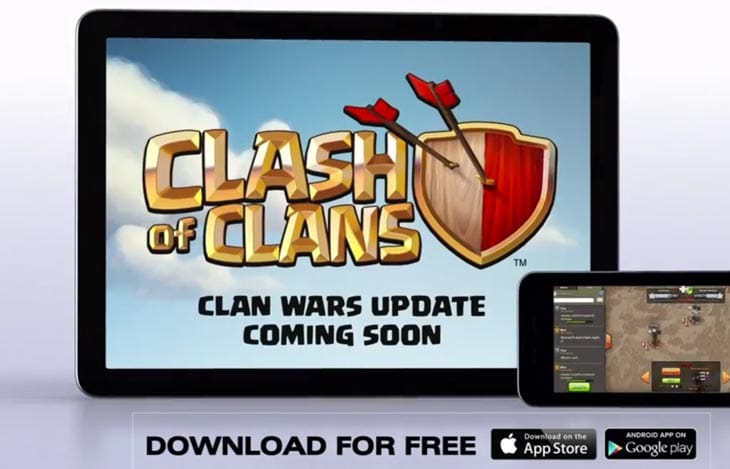 So, with Clan Wars almost here for Clash of Clans you need to get your defences ready and if you haven’t downloaded the app yet, then feel free to give it a try considering the app download is free on both iOS and Android.

If you want to learn a bit more about clan wars and how they work, then you should take a look at the official FAQ page that details answers to most questions. This includes details on what happens to your village during a clan war, where you’ll be able to find clan wars in Clash of Clans once the release date arrives, and even how you start a clan war.

Will you be playing Clash of Clans: Clan Wars at release? If so, get ready to build and defend your village with a feature some people wanted from the start.