We are getting close to the expected Clash of Clans Christmas tree update for 2015, with fans excited about what tree design Supercell will opt to put into the game this year.

So far, Supercell has not announced on Twitter when the Christmas update for Clash of Clans is out. However, we can however see that there has been some early leaks on the possible design that we may see.

The video which we have added below talks about how the tree has already been discovered inside Supercell’s game code.

The image below is a reminder of the 2014 Christmas tree. You can compare it with the 2015 mock up Christmas tree to see the differences on the potential design. 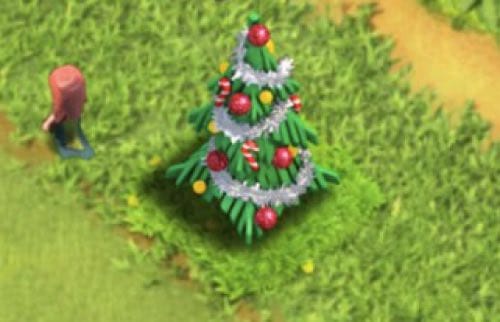 Remember that nothing is official yet until it appears on the Clash of Clans Twitter page, but this could be an exciting preview of what is to come next week.

Take a look at the video below and let us know what you think about this year’s Clash of Clans Christmas tree – do you like the design based on the rumored mock up or not?

We have already had the main update of course with Town Hall 11, but is there anything else you would like to see as bonus content during the Christmas update?

Once we have some official details for you, we’ll update this for you as necessary.