With all of the excitement on the upcoming Town Hall 11 update for Clash of Clans right now, we wanted to move away from that to talk about other highly anticipated content with the Clash of Clans Christmas 2015 update.

We all know that Supercell has been teasing sneak peeks for the TH11 update which we are now into the second week of – with the last being the unveil of Minion Level 7.

As a result, we are expecting the first Clash of Clans December 2015 update to go live during the week of December 7 – possibly on December 8 or December 9 given that Supercell will have finished their sneak peeks and fans will be expecting the TH11 and new Hero update next week. 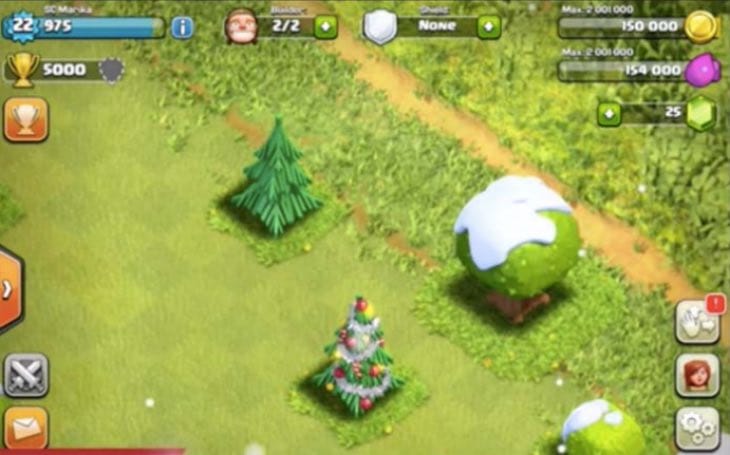 What will happen for the rest of the month though? Supercell always celebrate Christmas in Clash of Clans with a Winter Update so will we see another update on the week starting December 21 for Christmas?

Last year we had Christmas trees growing in the game remember and it resulted in many players making bases with a Christmas tree layout decorated along the outsides which looked great.

Will Supercell simply put the Christmas trees back into the game this month, or are you expecting a little more this year?

As we wait for official details on the CoC Christmas tree update for 2015, let us know what you want to see happen compared to last year.