Following on from the big Clash of Clans update on March 21, we can see that there has been some issues with players complaining of several Clash of Clans ‘Bowler’ update problems.

The Bowler is the new unit in CoC and following on from the reports, developers Supercell have now gone ahead and listed a selection of official ‘known’ problems from the update which they are now investigating.

Below is a full list of the problems in Clash of Clans and we can see that they include things like boost timers not pausing during the maintenance, a problem with Clash of Clans accounts not switching, heroes not triggering traps and more. 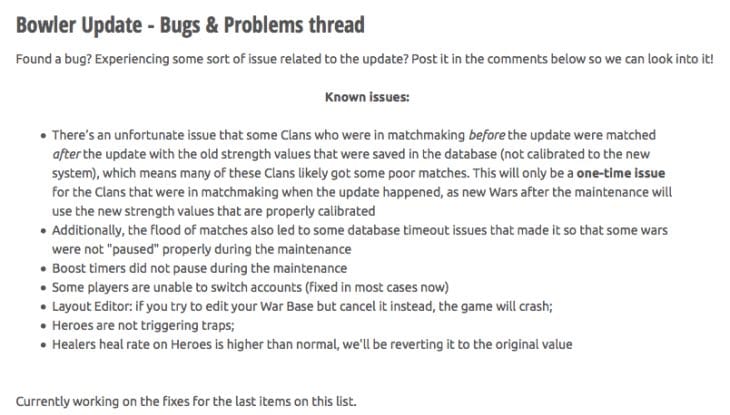 It’s good that Supercell are now actively working to fix the issues contained on the list above, but we want you to tell us about any additional problems that you have discovered that has not been mentioned yet.

How is your Clash of Clans experience after the update? There’s lots of discussion about the new Air Defense design – any thoughts on that?