We can see that Clash of Clans is down right now for a maintenance break on April 15, 2016. We have the reason why it’s down and when to expect the next major update.

As usual, Supercell has kept players up to date with a CoC maintenance break warning for April 15. Unfortunately, the new Clash of Clans update for April 2016 is not ready yet, as this maintenance is just to disable the recent Double XP event. 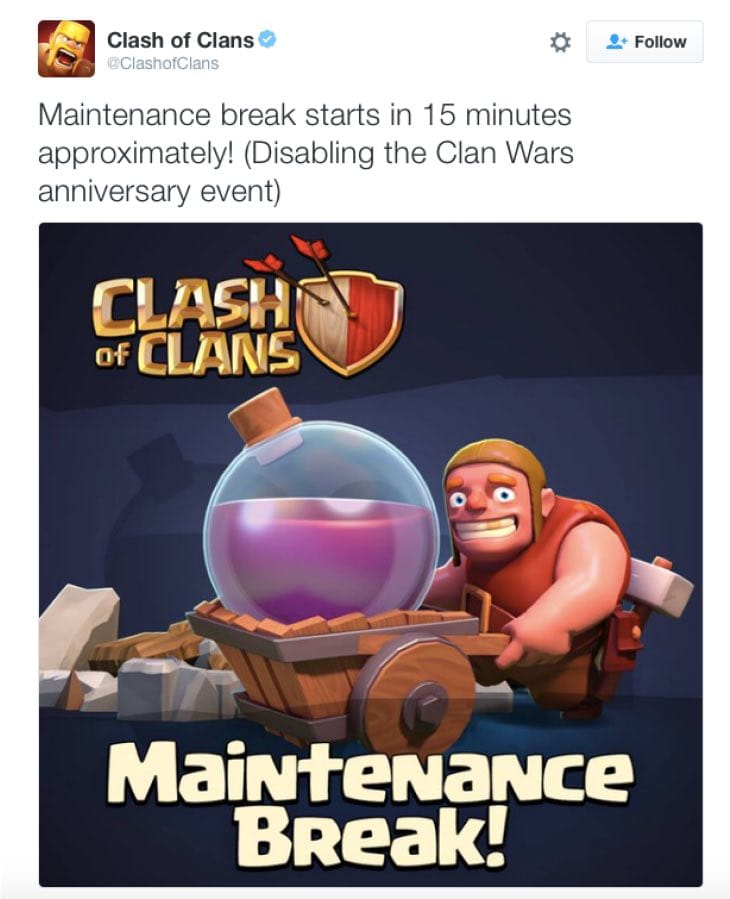 This event was in celebration of the second year anniversary of Clash of Clans, so hopefully all of you made the most of that and now have a much stronger team compared to last week.

When is the next Clash of Clans update? Traditionally, Supercell now tends to update their game towards the end of each month, so we still believe that something is coming at the end of April.

Look forward to sneak peeks soon and leave your feedback below on what new features you want to see.