Earlier on we told you that the Clash of Clans Halloween update had gone live. Now that the patch notes are live too, we are guessing that many of you will be looking for a Clash of Clans 4th mortar strategy after Supercell added it in as a surprise addition to Town Hall 8.

We say surprise as we thought that a 4th mortar in Clash of Clans would not be added until a new Clash of Clash Town Hall 9 patch arrives at the very least. Not for the first time though, Supercell has surprised everyone yet again and this Halloween update is easily one of the biggest that we have seen for the game thus far.

The big question a lot of you are asking yourselves now though is what the 4th mortar arrival will mean to your current Clash of Clans strategy. It’s a big change to the game and we have already seen some early videos going live discussing the new feature. 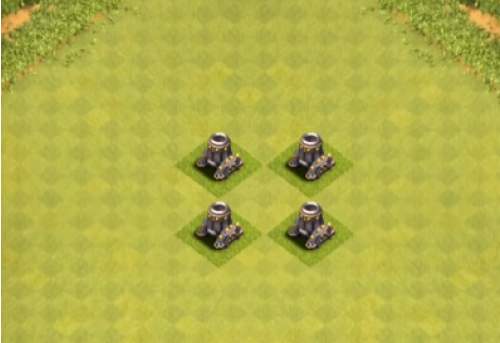 It also means of course that you have the decision to make on whether you will opt for a square base or diamond base with the 4th mortar in place. Either way, check out the videos below and after watching them tell us how you are going to set up with base with the best Clash of Clans 4th mortar strategy for Town Hall 8.

Have you already found a few winning formula after the Halloween update?