You might have seen the Clash of Clans 2014 Christmas tree growing in your Android or iOS game, but the official Twitter channel is advising against its removal thanks to presents growing before the 2014 Clash of Clans winter update.

The tweet explains that the game has magical trees growing right now, although you shouldn’t cut them just yet. They are apparently growing presents and you can see the graphic included with the very recent tweet below. 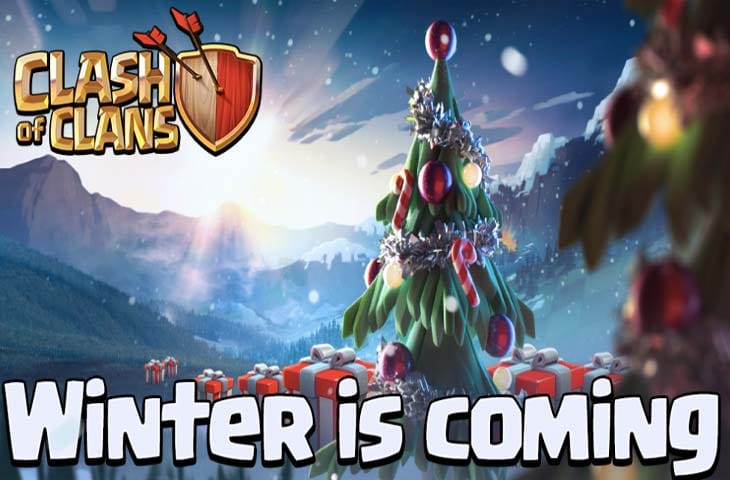 Clash of Clans 2014 winter update – as you can see in the image above, it teases “winter is coming” and this is obviously related to the Christmas content that will arrive with another maintenance break either today, or later this week.

If you haven’t seen a new Christmas tree in Clash of Clans this week, then take a look at the video below this article that features just that. You can also see a screenshot from the footage below as well.

What do you want to see within the Clash of Clans 2014 winter update? We saw servers go down on December 1st, although this wasn’t for the Christmas update. This latest tweet confirms the new content will coming very soon.