A Clash of Clans maintenance break on June 18 has just begun, with developers Supercell letting players know that the game will be unavailable for a period of time.

As a result, players have wasted no opportunity to treat this new Coc maintenance break today to ask for a 1 gem boost update as soon as the game comes back up.

Other players are more concerned about what is going to happen to their barracks since they can’t attack during the break, but hopefully this maintenance won’t last long and you’ll all be back in the battle asap. 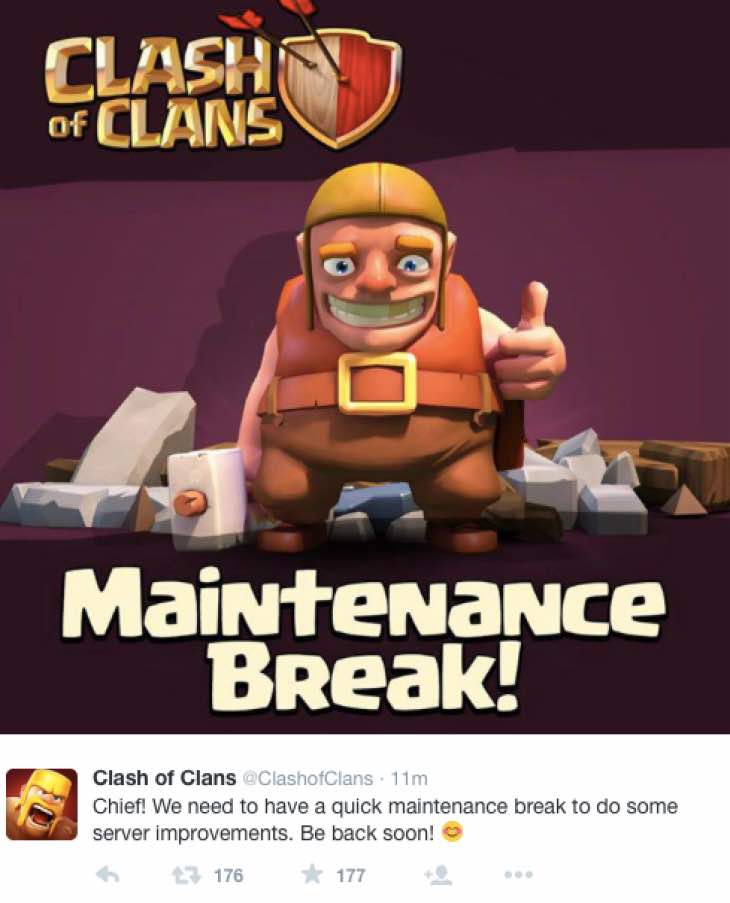 Supercell has specifically said that the Coc maintenance on June 18 is for server improvements, rather than new features – so don’t expect a new Coc June 2015 update to come later on.

Is the game down for you right now in your area? If so, let us know if you agree that a Clash of Clans Gem Boost update for late June is needed, or if you can hold on in preference of seeing new functionality added to the game.

Keep checking Supercell’s Twitter to see what time Clash of Clans servers will be back up.