As we told you earlier today, Supercell took Clash of Clans down for over an hour to deploy their Halloween update. Now, we can see that Clash of Clans is back up, but not with the content that players were expecting.

Given that the developers posted a Tweet with a maintenance message along with the image ‘Halloween is coming’, many assumed that this would imply that the full Halloween update for CoC would be live too.

However, it looks like Supercell are the masters of deception once again as the update has only turned out to be a new Clash of Clans 1 Gem Boost update until November 4. 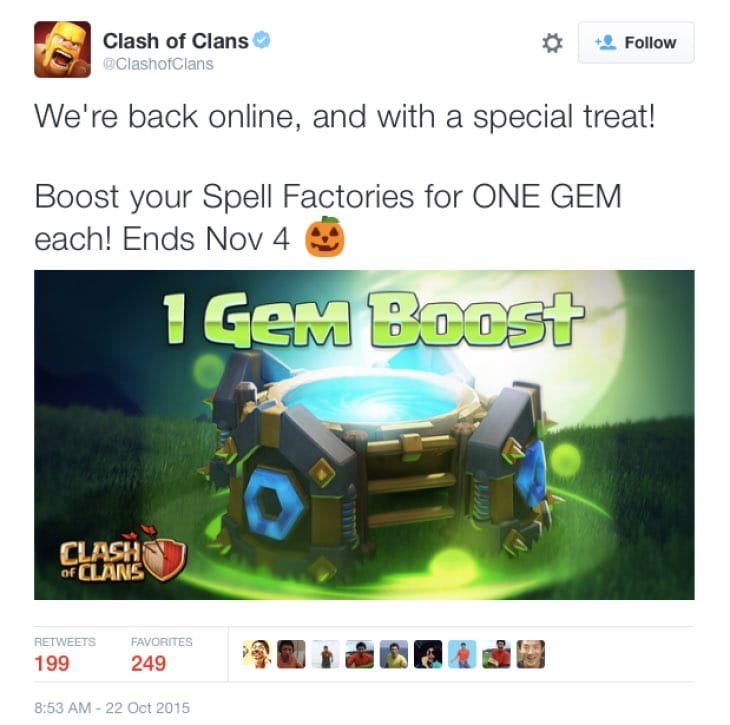 We have a feeling that this isn’t the only content that is coming, but still it feels a little cruel to tease players like that.

Will we still get some Sneak Peek teases for a proper Halloween update later this month? Let us know your thoughts on the new Gem Boost in CoC and if you thought that a big update was also coming today.