We have some great news now for all you PC gamers that own a copy of Civilization V, as 2K Games has just released a massive patch with a long list of changes. The patch appears to have arrived right at the very same time that the new DLC Pack is released.

According to a recent article by Mike Jackson over at computerandvideogames.com, the latest Civilization 5 PC patch is aimed at fixing several issues that have been reported, including the problem in which a garrison wouldn’t be selected when players clicked on a city plot. 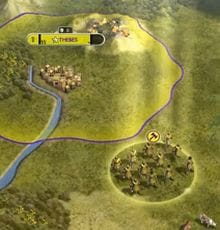 A few of the leader settings have also received a bit of tweaking, so they are more likely to use their traits. The AI has been improved as well, and won’t use Horse as defenders on hills as much now. It will also build, deploy and use air units more effectively.

Other changes that have been made within the latest patch include an added “Circus Maximus” national wonder, which requires Markets in every city, the library now has no specialist slots, the Research Lab now has 2 specialist slots and the City Defense building now help cities heal.

You can read the full list of changes by visiting the 2K Games forum. Have you been experiencing any problems with the Civilization V game?