We have great news for all you Civilization 5 fans out there right now, as it looks like you have some new DLC to look forward to next week. 2K Games has recently announced that new DLC will be arriving on December 16th, adding two new civilizations and a new scenario.

According to Stephany Nunneley at vg247.com, the upcoming DLC includes the Incans with Pachacuti as their leader and the Spaniards, who will be lead by Queen Isabella. The brand new scenario will enable players to take on Christopher Columbus’ 1492 journey to the New World. 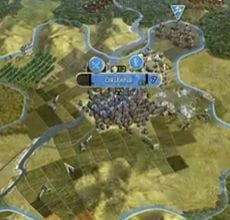 Each new civilization and scenario will be available to download on December 16th for $7.49. You can check out some pretty neat screenshots for the upcoming DLC by visiting the gamespot.com website here. The vg247.com website also provides a description of the scenario/civilizations.

For example, did you know that Pachacuti was the ninth ruler of the Kingdom of Cusco? During his reign, Pachacuti expanded the hamlet into an expansive empire that stretched from modern-day Chile, to Ecuador — including northern Argentina, Bolivia and most of Peru.

You can read more about Isabella I and the scenario over at vg247.com (sourced from bigdownload.com). What do you think of the upcoming Civilization 5 DLC? Will you be purchasing it?