It was at the start of last week when we told you that Civilization Revolution 2 for the iPad and iPhone was going to be released on July 2nd, well today is that day. As expected, this is an iOS only app for now, and so those of you waiting for the Android version to be released might have a bit of a wait.

While we only had limited details about the sequel to Civilization Revolution for iOS, now with it being released today, we now have a far better idea as to some of the games key features, one of which is perfect with Independence Day coming up. We would like to point out this is the first Civilization title to come to a mobile device.

The aim of the game is pretty much the same, and that is to create a new Civilization and to beat your enemy to become the most powerful nation.

Some of those key features we spoke about include new units such as Aircraft Carriers, Jet Fighters and even Special Forces. To show off your military might to the enemy. 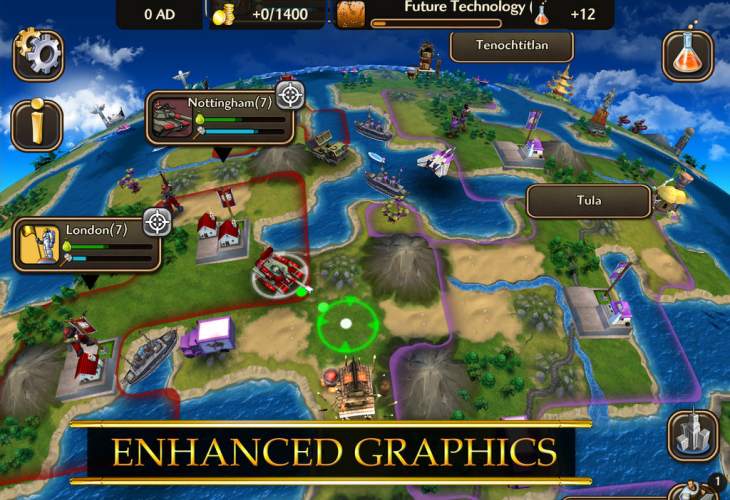 There is also some great new technology so that you can win the race in becoming supreme; this allows you to develop devices like lasers, IT and even modern medicine.

Full details of Civilization Revolution 2 for iOS can be found on iTunes, and just so you know, this app costs $14.99.