Ever since the FarmVille app first made its appearance on Facebook, it has become the most popular application on the social networking website. However, it now appears that FarmVille has just been knocked off its top spot, by none other than CityVille.

According to Stan Schroder at cnn.com (sourced from mashable.com), the CityVille app has managed to surpass Zynga’s previous hit social game FarmVille as the most popular app on Facebook, and now has 16.8 million active users daily, compared to FarmVille’s 16.4 million. 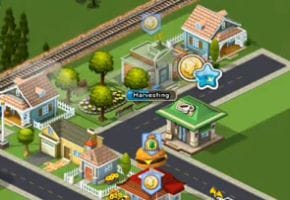 CityVille is also ahead when it comes to monthly active users, with the number currently standing at 61.7 million. Meanwhile, the FarmVille application is trailing behind with 56.8 million monthly active users. Zynga’s Texas HoldEm Poker and FrontierVille are also in the top 5 list.

The article provides Facebook users with a “How To” guide to CityVille, including basics such as an explanation into coins, population and goods. Once you have the hang of the basics, then the article provides more information on intermediate and advanced gameplay.