We finally got a glimpse of future Citroen models with the release of new details and images of its Aircross concept. You can clearly see that its design carries on the unique design features of the C4 Cactus, and so we now have a glimpse into what most Citroen models will look like by 2020 — although not sure how well received they will be, as the design is more than radical.

The reason that makes this a perfect platform for several models is it EMP2 scalable platform that the Aircross concept sits on. With this being the case with could expect to see a huge range of crossovers from CitroÃ«n with this sort of design, which could be similar in size to the Land Rover Discovery Sport and even the Mini Countryman.

Linda Jackson, the CitroÃ«n boss has said that the company needs to replicate its success from years ago, and that is to come up with a good design and run with it, much like they did with the 2CV, CX and SM. Jackson believes they have the making of this design with its Aircross concept, even if it is a bit on the radical side. 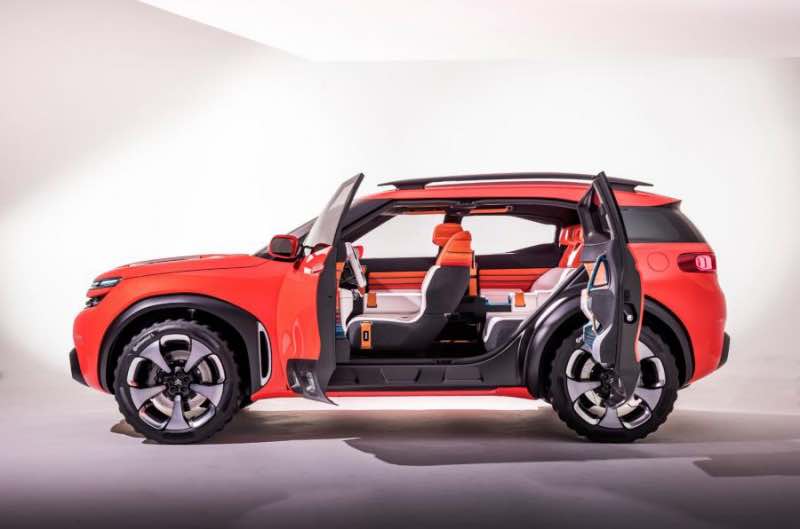 Having said that, we highly doubt that it will stay as profound as it is in current form, and a few changes will be made to make it more practical before it’s released.

Review of Citroen Aircross concept specs — This is a plug-in hybrid that is to be powered by an electric motor producing 95 horsepower. However, once you combine that to its 1.6-liter petrol engine you will then get a total of 218 horsepower, which is rather impressive.

By running on the electric motor alone the SUV will have a range of 31 miles, which is ideal for driving in the city. As for performance, the two powerplants will get the Aircross from 0 to 62 mph in 4.5 seconds, although no top speed has been suggested as of yet.

For more details on this concept head over to Autocar, as they have extensive information, such as a Q&A with Citroen’s head of design.