We have been playing the Circle Surfer app for iPhone for a few days now, with the app another very addictive experience akin to the same mould of mobile games such as Flappy Bird, Zigzag and Spring Ninja.

Unfortunately though, we can see that Circle Surfer has fallen into the same old trap of being a high profile app release that seemingly isn’t ready for Android users yet.

At the time of writing, there is no Circle Surfer Android release date and already users have taken to social media to vent their frustration about it.

On top of that, there has been no indication from creator Logan Paul on the likelihood of an Android version – despite users asking him constantly about it every day. 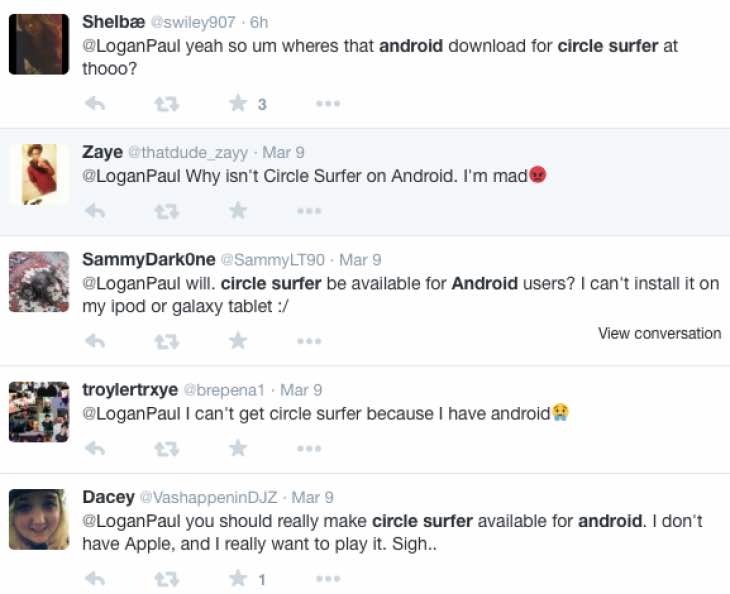 Does that mean that Circle Surfer is not planned for Android whatsoever, or he is merely focused on seeing the popularity for the iPhone version first before making a decision?

Logan has also been personally trying to move Circle Surfer up the App Store charts with some Twitter marketing, but some users have pointed out that Circle Surfer would be even more popular on Google Play if it released on Android.

What are your thoughts on the fact that it’s another app missing on Android. Would you like to download Circle Surfer for Android or are you not bothered at all?