For all you Dodge Viper fans out there Chrysler has announced they are currently working on a new model. The company has also released an image of engineers putting a prototype through its paces.

Evan McCausland over at Automobile is reporting in an article, that the prototype being tested which you can see below is actually a 2010 model, but engineers are working on a new stability control system for the new model. This will be a first for the Viper which has not had such electronics featured in the cars, but in 2012 a federal mandate requires ESPs.

The new Dodge Viper could be labeled the 2013 model, and it looks like we could see the new model by the end of 2012. There are not many other details of the supercar at the moment but it is thought we can look forward to between 600 and 700 horsepower. 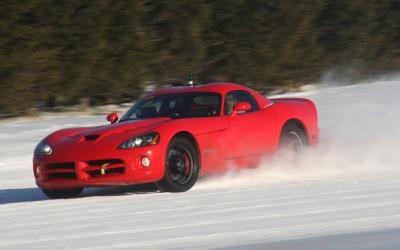 Chrysler has also said the new Viper will be taking part in the next “Supercar Olympics” which will be taking place late in 2012. Recently a 2010 Viper ACR set a new lap record of the Miller Motorsports Park in Tooele, Utah. It managed a time of 1.59.995 round the 3.048-mile course, betting the previous best by four seconds.