Google has made an important announcement and it’s in relation to Chromebooks finally supporting Android apps and the Google Play Store. This will start rolling out as of June 2016 and now we have the official Chromebook support list for Android Apps that you need to be aware of.

In other words, once the rollout happens and if you have a supported device you will be able to download Android apps onto your Chromebook which is obviously a game changer.

This means the likes of Clash of Clans, Clash Royale, Hearthstone, Minecraft and thousands of other popular Android games all playable on the Chromebook.

First of all, you need to know that the first three devices supported by Google Play will be the Acer Chromebook R11, the Asus Chromebook Flip and the Google Chromebook Pixel (2015 model).

If you have either of these devices you will be able to start using Android apps in June 2016. For everyone else, we’ve included the official list below and Google states that all of the following compatible Chromebook devices will gain Android app support throughout 2016 – no specific dates mentioned yet. 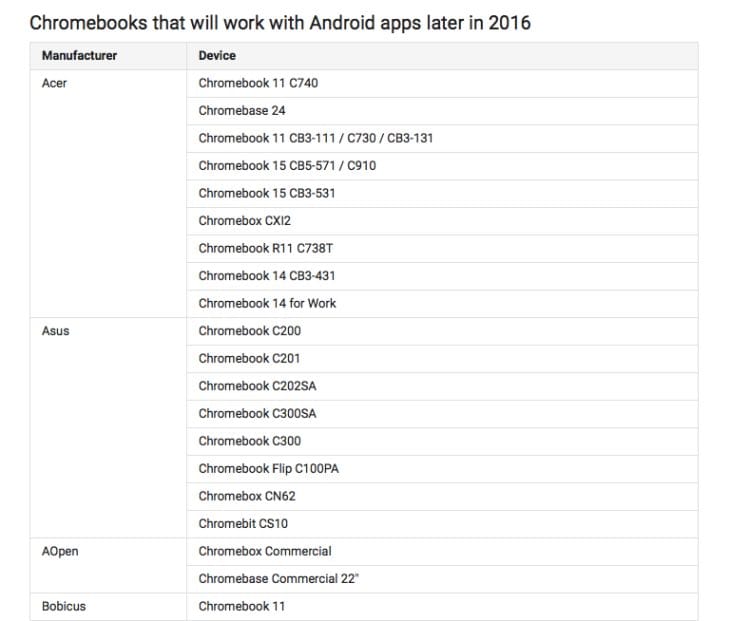 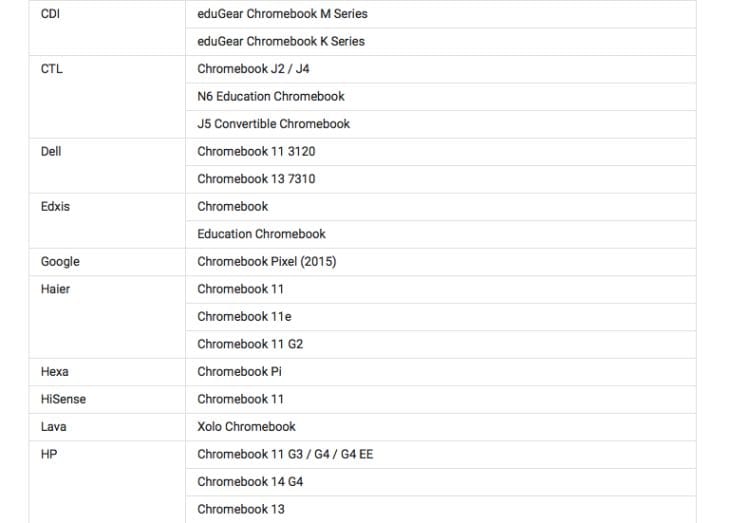 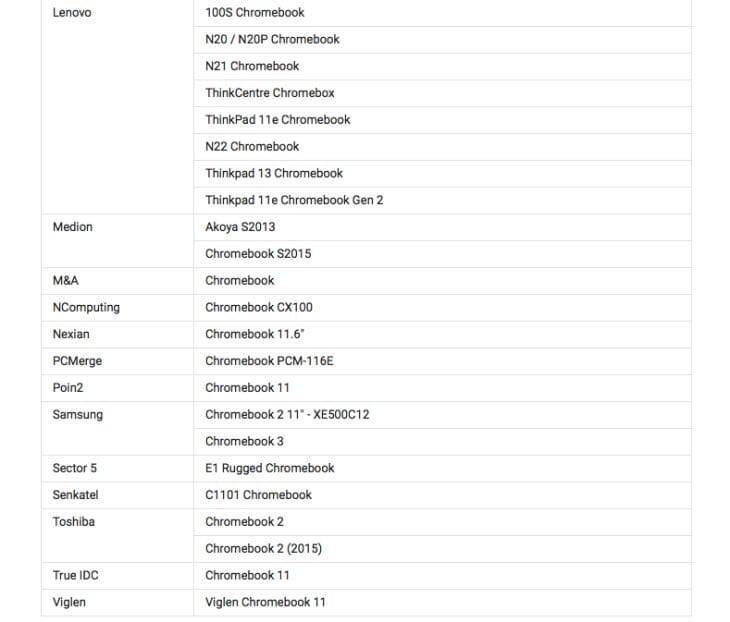 That is everything you need so make sure you bookmark this page for future reference. Is your Chromebook missing from the list? Leave us a comment below.