Sony has certainly kept us waiting when it comes to the announcement of the PSP 2; we had first thought that it would be released soon, but a recent post suggests a Christmas 2011 release is more likely. That’s a long time to wait, so we have found 14 of the best concept designs for you to see which is the best.

According to a recent article on GamersMint, Sony has begun to hand out dev kits for use with the PlayStation Portable 2, so surely a release date will be much sooner? Some fans believe that not much will change with the new version, while most agree that a major redesign inside and out is needed.

Having looked over all 14 concepts I believe that I have found my favorite, which you can see an image of below. This looks as though it could be a smartphone, but instead of a QWERTY slider, it hides the control buttons and d-pad needed for gaming. 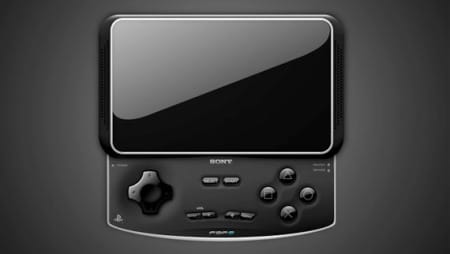 We cannot say for certain if Sony will go for any of these designs, but let us hope that it is a radical change to the current model. View all 14 concepts, which is your favorite?