Earlier this month we brought you news that LG are readying their new Google TV which will be arriving next year and will be making its debut at CES 2012, which kicks off this week. Now we have news of from another manufacturer, Lenovo who has announced the first ever TV that will be based on the internet giant’s Android Ice Cream Sandwich operating system, the K91 Smart TV.

What sets this TV aside from the other Google powered versions is that it will run the latest version of the OS as opposed to the earlier version Android Honeycomb. It will join LG’s model at CES along with a whole host of other smart TVs that will be debuting there from manufacturers such as Samsung and Sony.

According to the Telegraph’s reports this Lenovo TV will initially be launching in China with no details on anywhere else it may be making an appearance if it does. It comes equipped with a 5 megapixel webcam, SD card storage, 1GB RAM and will be run by a 1.5GHz Qualcomm Snapdragon processor. It will also be accompanied by a touchscreen remote control featuring an integrated microphone and voice control functions.

As the Telegraph also points out, CES looks set to have a theme that involves TVs like these that are a crossover of television and computers, accompanied with smartphone looking remote controls. In addition to this new smart TV, Lenovo are also reported to have announced a new tablet, the IdeaTab S2, a device similar to the Asus Transformer Prime. With all these innovative products that have been reported so far, CES is shaping up to be one heck of an event.

What are you most looking forward to at CES this year? What do you think of Lenovo’s Google TV? 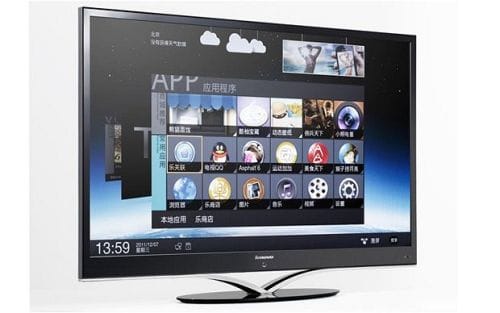