We were surprised that the Chevy Volt has taken the 2011 North American Car of the Year, as the green vehicle has only been on the market about a month. GM will certainly not be complaining, as this gives the volt yet another marketing jolt. The Chicago Tribune believes that this is a great result for a car that for some is neither an EV nor hybrid — even though there has been much confusion over this very fact.

The Chevrolet Volt is not available to all parts of the U.S. and will not be until sometime in 2012, which is what Yahoo News learned from AP. There have been details that both the Volt and its rival the Nissan Leaf — which has also just been launched — has more than 50,000 people waiting for one. 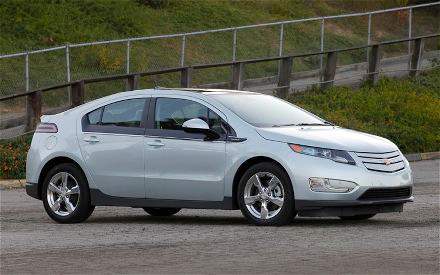 RTT News seems to put it best when they state that General Motors are the comeback kids. They also reported that the Ford Explorer has won the 2011 best truck of year, something that we will discuss in more detail in a later post. We will say that this is now three wins in a row for the Explorer.

These two awards mark the opening of the 2011 Detroit Auto Show, and as such we will be bringing you more news as it comes in. Most recently we discussed the ‘Most Popular Economy Cars For 2011’ and as you would imagine the Chevy Volt, Nissan leaf and the Toyota Prius were on that list, with the Prius hybrid taking the top spot.

Does the Chevy Volt deserve to be crowned the 2011 Car of the Year?