General Motors has been sharing details as to the 2015 Chevy Silverado, GMC Sierra towing capacity and it is 500 pounds more than the 2014 models. These trucks previously had a towing limit of 11,500 pounds and now this has been increased to 12,000 pounds.

It’s not that General Motors has made any significant changes, it’s just the new way in which tow rating practices are put into practice, it means the Chevrolet Silverado and GMC Sierra can now tow more in 2015.

However, let’s get one thing clear, not all of these new models will be able to tow that amount because this new rating system has actually lowered the two ratings of some of the models, such as the 2014 Silverado Crew Cab with a 5.3-liter engine has been reduced to 10,800 pounds, instead of 11,200 what it used to be. 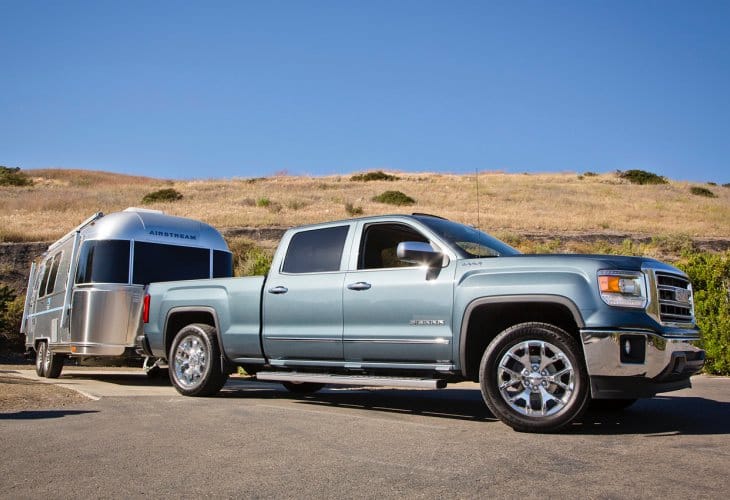 A more detailed look at these tow ratings can be found here, as it offers an extensive guide.

Even though there has been some improvements made to these 2015 models, one thing is rather clear by many truck drivers, these are two of the worst trucks, with a huge percentage of drivers agreeing that Ford is still king, although that comes down to personal preference.

One last thing, most truck owners will never tow these kind of weights, and so what is more important is improving MPG ratings, something Ford is trying to do with its 2015 F-150.