The midsize pickup duo that are the 2015 Chevy Colorado and GMC Canyon have been keeping the order books very honest, and now the official mpg figures have been released for the frugal engine option, we can expect pre-orders to ramp up even further.

The fuel-efficient 2.5-liter four-cylinder Chevy Colorado and GMC Canyon 2015 engine option with rear-wheel drive and six-speed manual still manages to produce 200 horsepower, while delivering an EPA rating of 19 mpg in the city, 26 mpg on the highway and 22 miles per gallon combined. 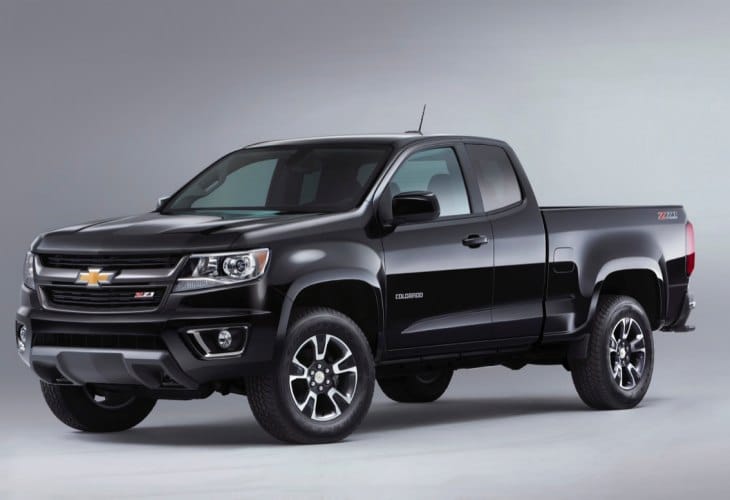 These impressive figures can be increased very slightly by around 1 mpg for each just by choosing the two-wheel drive automatic transmission option, although it will come with a more expensive sticker price.

You can go for the AWD model with an automatic transmission, which sees those fuel figures drop by a mile per gallon, which isn’t that bad considering the gains for having all four wheels offering more grip.

The nearest 2015 Chevy Colorado and GMC Canyon pickup truck rivals are the Toyota Tacoma and Nissan Frontier, although these are both starting to show their ages now.