When you see a concept vehicle at an auto show, more often than not they will end up going into production, although with a few changes to make them more practical for everyday use. However, this is not the case with the Chevrolet FNR, as it is purely conceptual, and a pre-production prototype.

This is because the Chevrolet FNR is a vision of the future, as this is a fully autonomous, electric vehicle. We are not told how long into the future this vehicle is meant to be based on, although looking at those delicate wheels, it’s going to be a long while before the road infrastructure is ready. 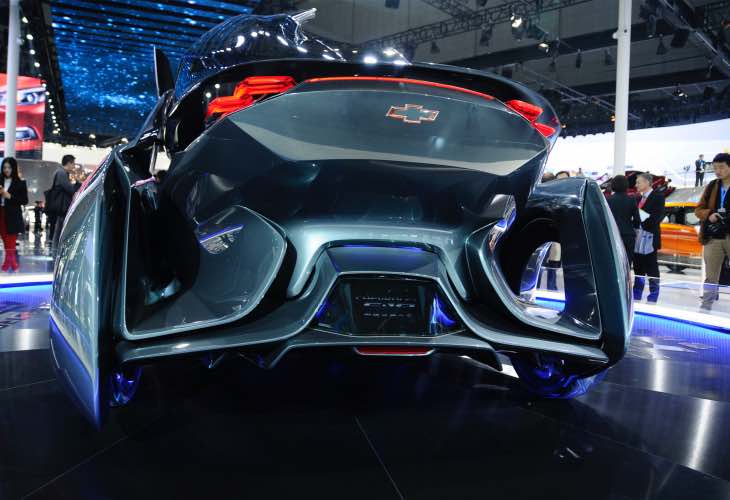 With this being a purely conceptual design, the technology for this Chevrolet FNR is rather futuristic with each wheel containing a magnetic hubless electric motor, along with the possibility of being charged wirelessly, so no need for some sort of electric supply running above an automated highway.

As for its interior, this is also a space where technology is many years into the future, which you can clearly see in the images thanks to Autoblog.

If this concept is a vision of the future, then how many years do you think it will be before Chevy release anything that is similar to this?