Later today, Chelsea FC will take on Queens Park Rangers FC at Stamford Bridge with both midfielder Ramires and striker Diego Costa looking to be part of the lineup. Our latest Chelsea vs QPR prediction played out within the FIFA 15 simulation takes advantage of the Match Day feature, although this means its lineups are not entirely correct.

You can see the Chelsea FC lineup below that includes Diego Costa and Cesc Fabregas, although the latter player delivered the decider in the prediction video below this article. The final match score finished 2-1 to Chelsea and this included another goal from Willian, and one from Sandro Raniere for QPR. 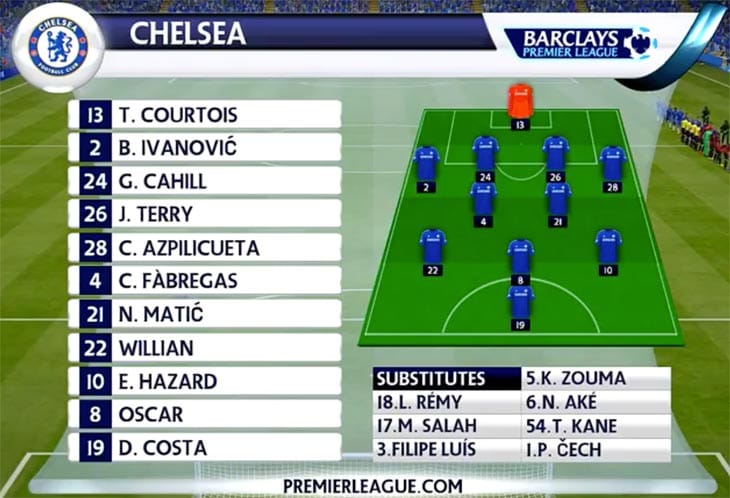 Like with other FIFA 15 football match predictions, it’s the final score that’s worth focusing on rather than how it’s played out. Do you expect Chelsea to beat QPR 2-1 today and if not, what’s your predicted score? It’s good to remember that QPR beat Chelsea 1-0 back in January 2013, which was their last visit to Stamford Bridge and reveals both teams have a chance at winning today.

Take a look at the prediction for Chelsea vs QPR in the Barclays Premier League below that’s taking place on November 1st, 2014. It’s worth noting that this game is played on Legendary difficulty with PS4, and the final results are what this YouTube user predicts for today. Again, remember starting lineups won’t be 100% accurate thanks to these being predicted by the Match Day feature.