If you want to download the Chariot title on Xbox One that comes free during the Games with Gold October 2014 promotion, then you can do that right now. We mentioned a rough release time earlier today, and now it looks like everything went live a little sooner on Xbox One.

You can see a tweet below that reveals one gamer has already downloaded Chariot for Xbox One, and of course it cost them nothing thanks to their Games with Gold subscription in October. 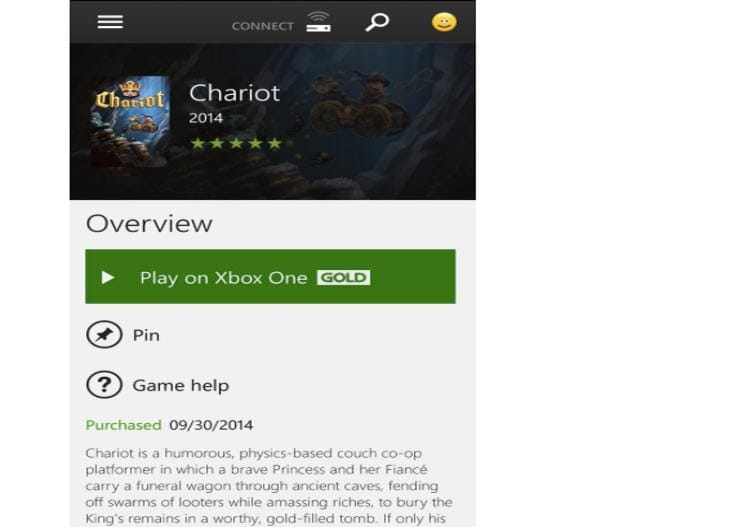 It’s worth mentioning the featured image that came with this tweet can be seen above. They used SmartGlass along with the October Games with Gold screenshot, so feel free to let us know if you’re playing your free copy of Chariot on Xbox One right now.

You can see some Chariot gameplay below our earlier article. Let us know how you rate this game and if you welcome it on Xbox One.