ChangeWave Research has been conducting customer’s surveys for a few years now, and this time round have been able to compare Verizon and AT&T with the iPhone 4.

The survey can find out if there are any major differences being reported by the people that matter, the customers. With the iPhone 4 now being available on the Verizon network the company was able to see what service satisfaction customers are getting. In terms of this there was hardly any difference between the two carriers.

On Verizon 82 percent were very satisfied, compared to 80 percent on AT&T of iPhone 4 owners. The survey was conducted almost two months after the iPhone 4 came out on the Verizon network, so customers had plenty of time to use the handset.

It’s when you compare the dropped calls rate you really start to notice a difference. Verizon still have the best overall rating with customers only reporting a rate of 1.4 percent, while AT&T came last out of the four major carriers with 4.6 percent of dropped calls. 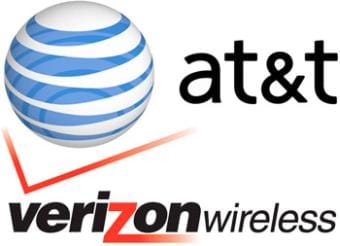 This makes interesting reading as the majority of iPhone owners are happy with the service they are receiving, but that could be down to the iPhone 4. But iPhone owners on AT&T have always complained about dropped calls so it’s no surprise the carrier come bottom in the survey.

Are you satisfied with your cell phone service?