I’ve sat playing with a remote control before trying to get it working, and then finally after a few minutes I got up and changed the channel manually. We can some times become very lazy thanks to the technology around us and it takes moments like that to make us realize.

When it comes to Xbox 360 and PS4 gamers there has been a perception in some people’s minds that gamers sit still putting on weight by playing games all day and night.

We have polled our readers in the past and proved that the majority of gamers have active lives, which is thanks to a good balance of gaming and some sort of fitness, so the image below doesn’t help matters when you think someone actually went to a lot of trouble by making an automatic changer for Xbox 360 games. 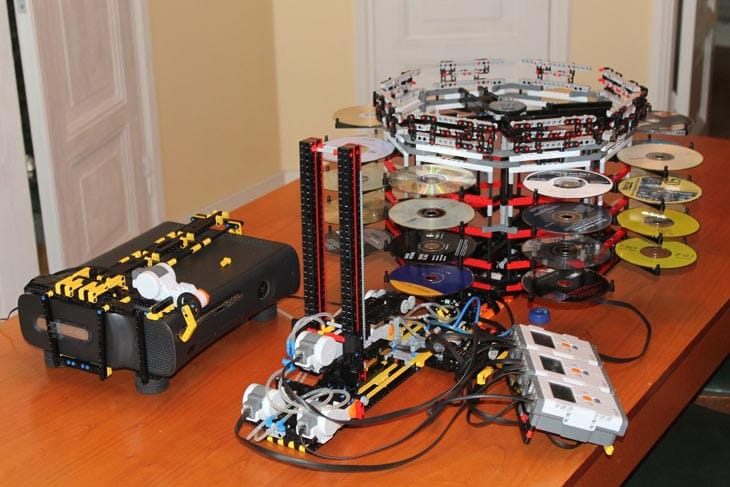 The image had been found on Reddit, and we had to publish it to find out if you would really want a way to change Xbox 360 disc games like this? Is this DIY gadget cool, or made by someone with too much time on their hands?